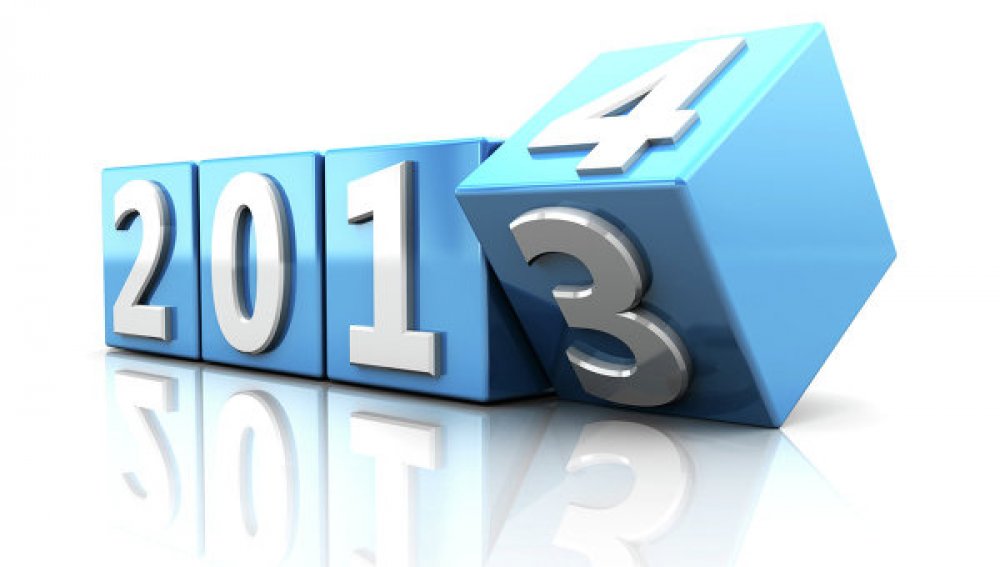 CS Company starts each year with summing up the results of the past year. It is very important not only to systematize achievements of 2013, but to analyze the results, make right decisions and enter the new year with new ideas.

New clients
In 2013 five new banks appeared on the Ukrainian financial market: “Financial partner”, “Unison”, “Mikhailovskiy”, “Portal” and “Investment- trust bank”. All of them started their activity with CS software solutions. Two banks of Moldova also joined the list of CS clients. They are: Unibank and FinComBank. 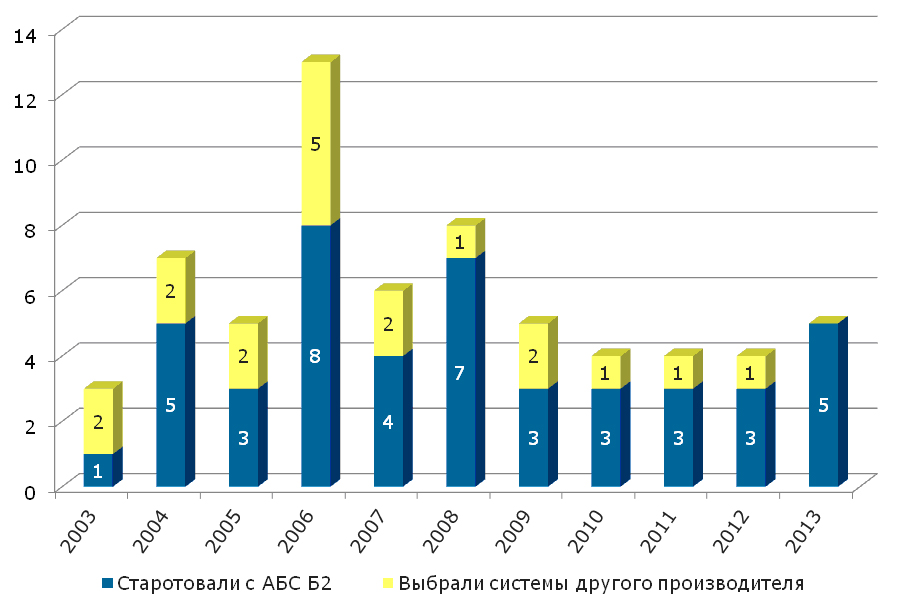 Dynamics of the ABS B2 part change on the automated  banking systems market during last 5 years: In the beginning of 2014 CS achieved a new client - Avangard bank where ABS B2 and iFOBS systems were implemented.

In 2013 CS software – ABS B2 and JetB2 were subjected to load testing on world vendors hardware– HP, Oracle, IBM.
Testing results were announced within the bounds of the CS technological seminars in Kiev.

As a result a perfect combination of HP SuperDome 2 based on Poulson processor and HP 3PAR storage system was worked out.

A database that was used at load testing contained 30 mln accounts. Its size after reduction became 3 terabytes.

In July testing of company’s applications on Oracle servers was held at the Oracle Solution Center in Linlithgow, Scotland.

In August ABS B2 was tested on IBM equipment at Proof-of-Concept Center in Montpellier, France.

As a result of testing high coefficient of the ABS B2 performance on the IBM Power 780 server was obtained. Also an effective firmware configuration was found.

Events
In 2013 CS was a sponsor and participant of different partner events.

In February CS participated in IBM conference where CS company got an award “Best partner of the year in banking sector”.

In March CS delegates spoke about banking products and services that can be sold via internet-banking iFOBS at the International banking congress “Banking Congress in Ukraine”.

In June we were partners of the international chess tournament that was organized by Sberbank of Russia at  NSK “Olympic” in Kiev, Ukraine. We also supported jazz festival “Alfa Jazz Fest” organized by Alfabank that became one of the most significant events in Lviv in 2013.

Also CS held 8 seminars for bank employees and XI Annual Banking Automation Conference. The conference was held under the slogan “Innovations. Events. Results”. More than 100 delegates from leading banks of Ukraine and Moldova and partners of the CS Company took part in the event.

“I’m glad to note that all our projects were successfully realized. We achieved all desired goals and keep   developing”, - Dmitriy Radchenko, director of CS Company commented.