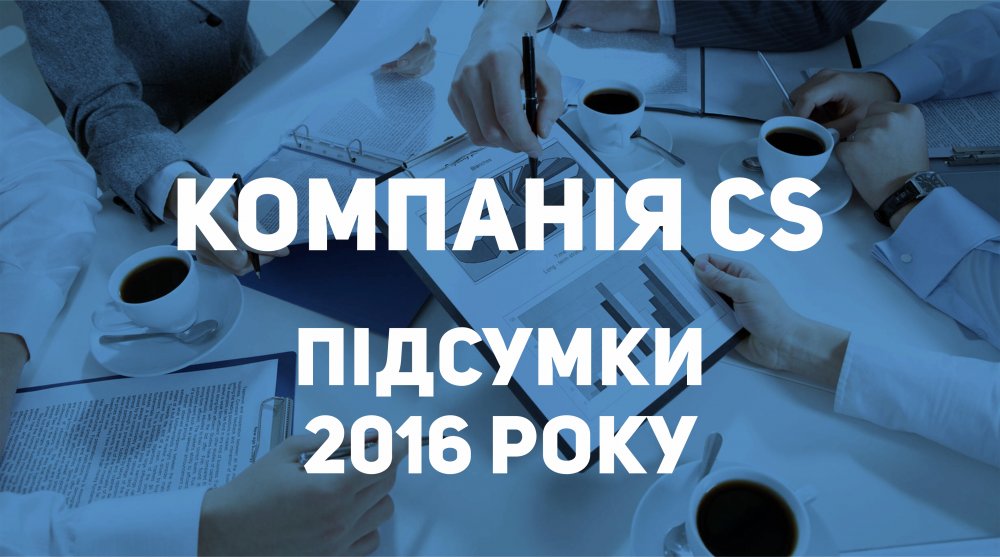 CS Ltd, IT solutions and services vendor, sums up the results of 2016 in advance of its 20th anniversary.

Despite the lack of growth on the Ukrainian banking market in 2016, the market share of CS solutions have demonstrated a positive and stable trend and made up 51%, an increase of 2% over 2015 outcomes.

Project in PJSC Industrial-Financial Bank was to upgrade bank’s IT landscape. The upgrade was achieved through CS key solutions implementation – core banking system (CBS) B2, HRM&Payroll::eCSpert Human Resources Management and Payroll Preparation System and iFOBS.Corporate – online banking for corporate customers. And also through the bank’s migration to the new card back-office.

By the end of 2016 the first phase of the JSC Ukreximbank project on IT infrastructure upgrade based on CS solutions was finished.  The work undertaken has implemented basic CBS B2 modules. iFOBS online banking system and CS::BI analytical system implementation is ahead.

B2::FinMon financial monitoring module of the CBS B2 was launched into commercial operation in PJSC CREDIT AGRICOLE BANK.

One of the most significant projects of 2016 was PJSC Prominvestbank migration to the integrated core banking system – CBS B2.  The major feature of the project was its quick implementation. The project implemented just in two months enabled the active operation of key CBS B2 modules and additionally to migrate all customer deals and General Ledger data.

HRM::eCSpert Human Resources Management System was launched in PJSC First Ukrainian International Bank (FUIB).  The system works together with the Boss-Kadrovik human resource system as a subsystem of payroll preparation for employees.

A special feature of the project in PJSC Globus Bank was the iFOBS.WebPrivate system’s integration with the UkrCard processing system.

The new web-version of the online banking for small and medium-sized businesses – iFOBS.SME was implemented in PJSC Alfa-Bank. Interface design and system’s functionality has undergone fundamental changes. The design of the user’s interface closely reflected the solutions for private customers and the basic operations were switched to the main working system form. It enabled the system’s users to connect to online banking and manage funds on their accounts much easier.

Customers of the PJSC SEB CORPORATE BANK now can use iFOBS.MobileCorporate – mobile banking for corporates in a version for smartphones and tablet computers.

iFOBS.MobileSelfEmployed – the new module for self-employed individuals was specially developed for customers of the PJSC OTP Bank.

Today the complete or partial version of the B2::Cards module is operated by three banks of Ukraine – PJSC MOTOR-BANK, PJSC Industrial-Financial Bank  and PJSC Alfa-Bank (the "card limits calculation" and the "financial authorization" were implemented).

CBS B2 for microfinance

In the end of 2016 CS Ltd spoke about the Oracle Cloud use for CBS B2 in microfinance at Oracle Digital Day.

The CBS B2 System supports a wide range of loan products, including:

In the summer of 2016 specialists of CS Ltd provided their expert opinion at NBU seminar for the first time. In its turn NBU supported the CS return event.

One of the leading CS events in 2016 was CS NETWORK 2016 (former name for CS Annual Banking Automation Conference). It was held on June 8-11, 2016, in Lviv. HP Enterprise, IBM and Oracle companies traditionally supported the event that gathered more than 160 participants from banks, financial organizations and international IT companies.

In addition to its own events CS Ltd was a partner of the first SWIFT Business Forum organized by SWIFT and UkrSWIFT Association and the Oracle annual conference – Oracle Digital Day.